Recently, Cadiz striker Negredo accepted an interview. He said that what he regrets most is that he has not had the opportunity to cooperate with Mourinho, and that he may come to China to play in the future. 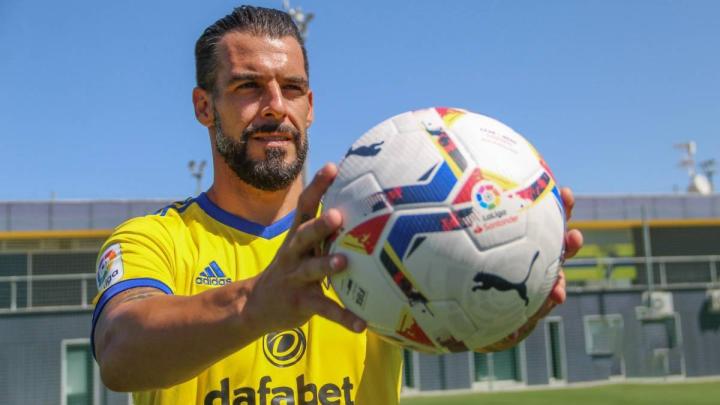 In addition, Negredo also talked about his trip to Cadiz.

"Because apart from Cadiz, no other La Liga team has contacted me. After playing in low-level leagues for a few years, I want to show myself in the highest level again. I need to welcome new players in a team like Cadiz. Challenge. Cadiz hasn't played La Liga for many years, and so am I. Our goal is to stay in La Liga."

"Except for the game against Osasuna, I think we played well in the rest of the games. We obviously posed a threat to our opponents. The team's recent situation is very positive, and of course we must continue to improve."

"First of all it depends on whether to relegation. If the team is relegated at the end of the season, let's talk about it. But even if it is relegated, I will definitely stay with the team, because I have known each other for almost ten years. I hope I can stay here for many years, because it shows that the team has been doing very well these years."

"No, because I have tried my best. I have played for Real Madrid for a few years, but Real Madrid’s first-team forwards are too many, so the first time I decided to leave the team and prove myself before returning. But when I came from Almeria When Asia returned, I discovered that the team also signed Benzema and Ronaldo, in addition to Higuain, Raul and Ruud van Nistelrooy... I knew it then. I still can’t get many chances. Indeed, I did not succeed in Real Madrid, but I am not frustrated about it, because I have played many great games in many other great teams.”

"This is true. When I saw the big roster, I felt like I gave someone a stunned blow. I remember that I was the top scorer in La Liga at the time. I really didn't understand how the coach could not take me. Although for two years After that, I helped the team win the European Cup, but I really valued the World Cup champion. After all, the World Cup is the top event in football. Of course, I don’t hate the coach because Spain is full of talents. It is really difficult to pick only 23 people. ."

"On August 26, 2007, I followed Almeria to the Riazor Stadium to play Deportivo. It was my first La Liga, so I was very nervous. But I played well in that game and scored. 1 goal (Almeria beat Deportivo de La Coruña 3-0)."

"Undoubtedly Emery. I have worked with Emery in Almeria and Seville. He is a coach who knows how to use my true strength. His dressing room management, football philosophy and affinity all make the players feel Very pleasant. I have a very good impression of him."

"Mourinho. Mourinho is a coach I like, because he knows how to give play to the real strength of his players and he is very good to his players. Few players say bad things about him. Mourinho's personality is indeed more public. , But since almost all the players who have worked with him say he is good, then he must be really good."

"Raul. I was often called to the first team to train when I was in the Real Madrid echelon, and sometimes I followed the team to participate in games. Raul is my idol and the soul of Real Madrid. I regret not having the opportunity to share the dressing room with him. Long time."

"The Premier League's publicity level is higher. In terms of football level alone, it's half a catastrophe."

"It is true. I was very close to signing with Atletico, but in the end there was no agreement."

"Valecano is my only home team. It is a team that our family really loves. But since I left there more than ten years ago, Vallecano has never contacted me again and never provided me with Through opportunities for return or exchange."

"The difference between the UAE and Spain is very big. But Dubai is a very luxurious, very safe, and very convenient city. I live there very comfortably. But the UAE Football League is small and non-professional. There is still a lot to improve. "

"For a big club like Valencia, maintaining stability is the top priority, but Valencia is now very turbulent. The internal struggle of the management has lasted for many years, and countless chairmen, coaches, sports directors and players have become The victims of this storm. They did a very bad job."

"Monkey is the benchmark for professional sports directors. I think there is no better sports director in the world than him. His achievements in Seville are admired by everyone."

"Every year in the transfer window, every player's possible transfer will bring a certain topic. But Messi is the world's best player, so his possible transfer has attracted a lot of unnecessary hype. Messi is also a player Players should first consider themselves. If you are uncomfortable in a club, it is difficult for you to show your highest level when playing. If a player openly conflicts with the chairman of the home team, then the problem is already very big. Up."